The holiday season is right around the corner and if you’re like me, you’re already looking for gifts. Because let’s be honest, there is nothing worse than last-minute gift shopping. If you want to give your loved-ones something game-related, but away from a screen, maybe a geeky board game is the way to go. Added bonus: you probably get to play that game with them. So, it’s secretly a gift for you, too. Now, let’s get down to the board game gift guide 2022.

Here in the Netherlands, there are plenty of places to buy board games. However, most board game stores do not necessarily carry game-themed board games. So, when a marketing manager from a videogame chain Game Mania told us that they had decided to broaden their product range a bit, I was very excited. In addition to games, accessories and plushies, you can now find more and more board games in their stores across the Netherlands and Belgium, and of course, on their web shop. If you’re not from this region, don’t worry, all these games can be easily found on Amazon as well.

Monopoly is a classic for most people, and if you want a game-related version you’re in luck. There are many versions of monopoly. Most with their own set of rules, while keeping the gameboard more or less the same. The different version of Monopoly including Mario, Animal Crossing, Game of Thrones, Star Wars, and Pokémon. Because of the difference in rules and gameplay, choosing a version might be a little harder. Our advice would be to check out some videos of that version’s gameplay on YouTube, to see if you actually like the game.

Having played the Animal Crossing version a few times now, I can definitely recommend that one. It’s a good mix of monopoly gameplay, mixed with the gameplay Animal Crossing offers. The goal of this board game is to decorate your island. You do that by buying stuff from the Nook shop of course. You can earn bells by selling fish, fruit and bugs, which are the ‘streets’ you can claim on the gameboard. It’s an easy game to learn, suitable for all ages, and even fun if you don’t know the Animal Crossing series. And since the game ends after buying seven pieces of furniture, there’s no risk of fomo or getting addicted like Ivey had when playing Animal Crossing New Horizons.

With a large community of World of Warcraft lovers, it is not a mystery as to why Small Worls of Warcraft made the board game gift guid. More importantly, it’s a game I use to introduce others into the world of board games. The original is an easy game to learn. It has a lot of replay value because of the randomness of the game. In case you want to gift your loved ones a board game that’s easy to learn but will be fun to play a few years from now as well, Small World of Warcraft might be the way to go.

What is so awesome about Small World?

Small World has random combination of races and abilities. You never know what you’re going to get. Plus, it’s balanced pretty nicely, so regardless of what you play, you have a chance of winning. Though some combinations may be more fun than others. The goal of the game is to conquer land and slay your opponents while doing so. For every region you conquer you earn points, and at the end of a few rounds whoever has the most points, wins. You can however only conquer so many regions with the army you have, so during a game, you usually play with up to 3 different races to claim points. Once you think your army has gone as far as you can go, you can go ‘in decline and choose a new army to play with. This makes the game very diverse each time you play it.

The base-game of Small World is already a lot of fun, but Small World of Warcraft also introduces new rules to the game, for example a mode in which the Alliance races face of with the Horde. If you’re new to board games and look for an easy game, those would be a good pick. But I’d definitely recommend this game for more experienced gamers as well, since it’s so different each time you play it. And this version brings another layer of gameplay options the regular game doesn’t have.

In the mobile game Fallout Shelter, you take the role of overseer. And in a worker-placement game you try to build the best Vault possible to make your Vault Dwellers happy. The Fallout Shelter board game is pretty similar to the mobile game, with the exception that you can play it with 2 to 4 people. Plus, you can actively screw over their plans. You each play an officer, competing for election to the position of Overseer. Each officer controls a different level of the underground Vault, and whoever generates the most happiness will win. While you each control your own level of the Vault, you can assign your dwellers to any room, and that means players are competing for resources. Once each player has placed all their dwellers, the round ends, and the new rounds starts with threats.

While I haven’t played this board game yet, the reviews all say it’s a fast-paced and easy to learn game, that is really similar to the mobile game. I couldn’t resist and bought this game to ‘gift it to my husband’ this holiday season, so keep checking our blog for an in-depth review of this game!

Once I realised there was a Stardew Valley board game, I had to get it. The box art looks just as cute as the game and that got me excited. There are two reasons why I haven’t yet allowed myself to buy it.

First of all, I need to leave something for my own gift list. So that others will know what to get me. Hint hint. And secondly, this game is best played with 4 players. And my board game crew has decided to learn how to play Everdell first. So, this one will have to wait, I guess. In the meantime, I can read the rules and watch some gameplay videos, so it’s all good.

Stardew Valley is a co-op game in which each player chooses their specialization to obtain money and objects. For example, farming, foraging, fishing, or mining. You can use this to complete your goals. They need to be completed before the end of the 4th and final season, to win the game. Each season is represented by a stack of cards, filled with challenges. Sounds like loads of fun, if you ask me!

Horizon Zero Dawn – the board game

The final game in this line-up is the Horizon Zero Dawn board game. If you need more persuasion to buy this game, you might want to consider it for the minis alone! The game comes with 4 character minis and 6 robots, and they are the best thing ever. Honestly, it would just be fun to paint those and put them on display in your house somewhere. Worth a spot in the 2022 edition of our Board game gift guide!

The game is essentially a deckbuilding game. You can buy cards to add to your deck to make your character better/stronger. There is not really a story, but since the game is focused on combat that also makes sense. Online reviews show that people seem to enjoy the game. There is essentially only one end boss each time you play (the Sawtooth), and you might get bored of quickly. There are a lot of cards, and the rulebook is pretty chunky. It seems like this isn’t a beginner friendly game either. But it’s pretty though. So, from a gift-giving perspective, still a good buy!

What are your must-have geeky board games of 2022? 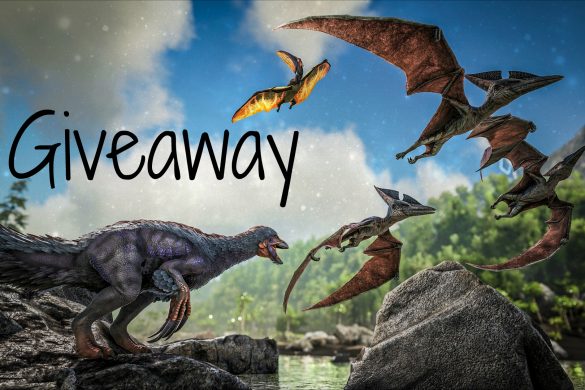 Get ready for Snowdown Showdown 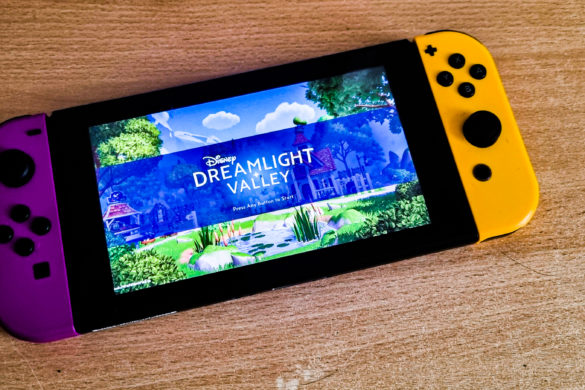